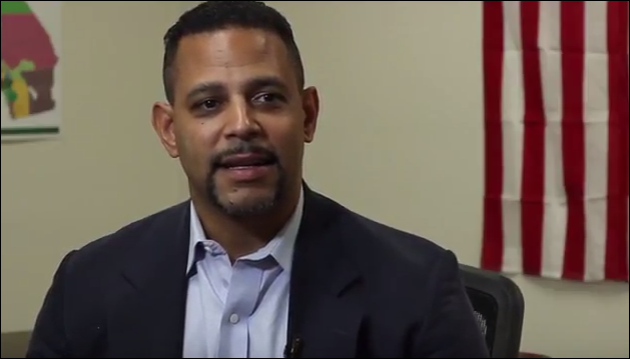 The SB707 Lawsuit: All animals are equal, but some are more equal than others

Jordan Gallinger is the kind of guy you'd want to have at your child's school if the s*** ever hit the fan.

He's a Marine Corps veteran who served in Afghanistan and qualified as an expert marksman. He also possesses a CCW issued by the San Bernardino County Sheriff’s Department.

But since SB 707 went into effect on January 1, 2016, he can no longer carry his handgun on school grounds. Gallinger and other CCW holders - including victims of domestic violence and stalking, prosecutors, judges, and public defenders - must now leave their weapons at home.

Unless they're a part of a special class of people who are exempted from the law.

This is blatantly discriminatory, and a clear violation of civil rights.

In this video series, Craig DeLuz, an individual plaintiff in the case and Director of Legislative and Public Affairs for Firearms Policy Coalition, demonstrates how unions used your Second Amendment rights as a bargaining chip, and why we eventually sued to challenge this law.

The saddest part is, if law enforcement [unions] had stood with everyday citizens on a number of these measures, they would have never become law.

We communicate with rank-and-file officers all the time, and the vast majority of them are supportive of the Second Amendment, not just for themselves, but for everyday citizens.

They’re shocked that the organizations that claim to represent them at the State Capitol are actually opposing them on an issue that is very near and dear to them.

Law professors at schools such as Berkeley and Stanford agreed that SB 707 wouldn't make campuses any safer. The Daily Californian wrote after the bill's signing:

Franklin Zimring, a campus law professor, said he doesn’t believe the law will have any effect on the prevalence of campus shootings in the short term or long term.

“It’s a symbolic tug-of-war between pro-control and gun-rights partisans,” Zimring said. “(The bill) was about trying to make a statement.”

Stanford law professor John Donohue said he believes that it is more important to pinpoint people who shouldn’t have guns and prevent them from purchasing them than to regulate people with CCW licenses.

“I really think the bigger problem is going to be: Can we get more of these people identified and made to be prohibitive purchasers?” Donohue said.

Despite the opinions of these professors and the objections of gun rights groups, SB 707 was signed into law. The only recourse for those whose rights had been stripped away was litigation.

Garcia v. Harris is currently on appeal at the Ninth Circuit.