Chip in for Just One Hour

In state after state, the democratic process has been hijacked by billionaire left-wing constitutional terrorists.

When the anti-gunners can't pass their wish lists through legislation or decree, they resort to phony "grassroots" ballot initiatives funded by billionaires like Michael Bloomberg. And, because they deceive people into thinking these initiatives will make them safer, they win.

Firearms Policy Foundation fights back against these initiatives (and other unconstitutional gun control laws) where we can make the biggest impact - in the courtroom.

Our legal team is busy researching and preparing lawsuits we'll be filing to challenge unconstitutional gun control laws. And, they are preparing a critical brief that is due soon in Garcia v. Harris, our challenge to CA's campus carry law (SB 707).

Over the next year they'll spend thousands of hours defending our fundamental rights. When each hour costs hundreds of dollars, it adds up quickly.

We are asking our supporters to all chip in and cover one hour of attorney time.

An FPF annual membership will cover that hour - and the cost is broken down over the entire year. For just $25 a month you will be funding critical Second Amendment legal work.

And, since FPF is a 501(c)3 tax exempt non-profit organization, your membership is fully tax-deductible.

To ensure that we head into 2017 with the resources to fund our important and constitutionally-critical work, we have a goal of adding 500 new members this month.

As a thank you, when you join FPF in November you'll be entered into a drawing for a Sig Sauer P238! 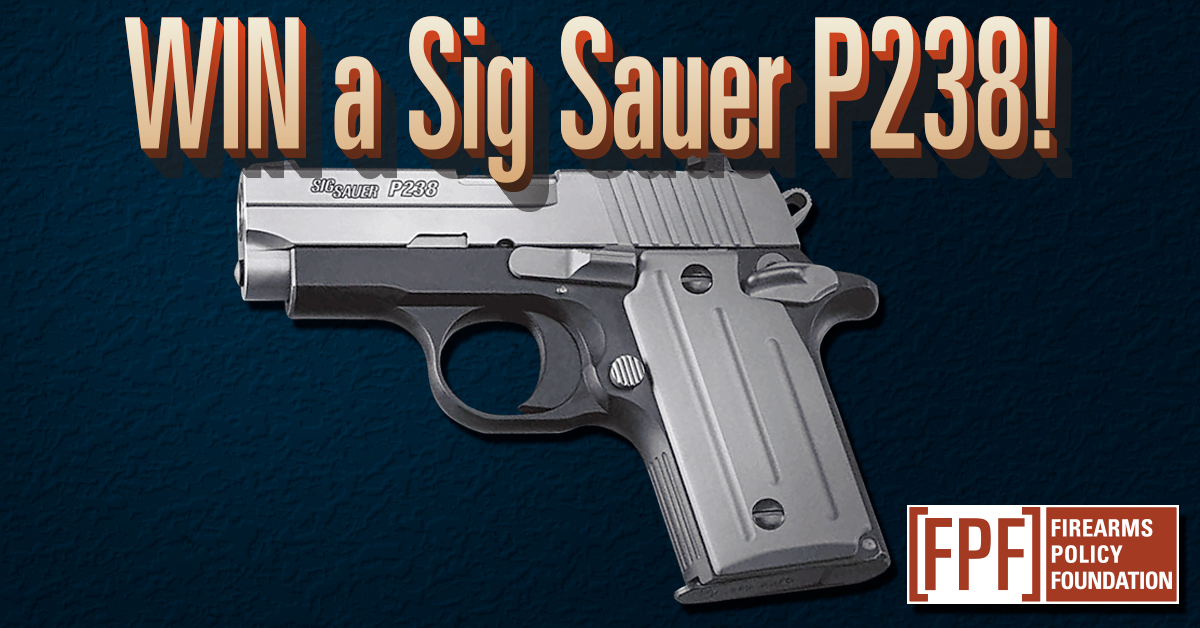 If you cannot join FPF today, you can still enter the contest here and make a one-time donation after you hit "Submit My Entry."

*No purchase is necessary to enter the drawing. Read official contest rules here.

By joining FPF in November, you will be entered* into a drawing for a Sig Sauer P238!

*There is no purchase necessary to enter the drawing. To enter without joining, please click here.