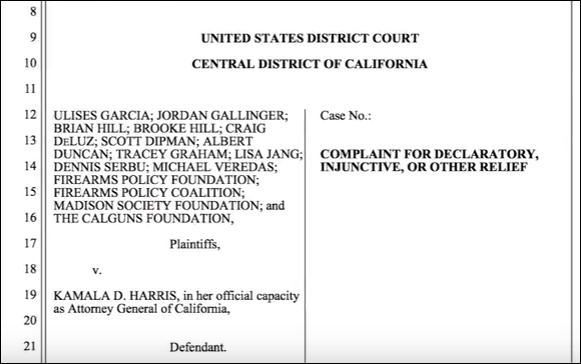 As we've shown in the first two SB 707 videos, the measure made California campuses less safe by limiting the number of CCW holders who could legally carry their weapons on school property. It was destined to fail until union lobbyists negotiated special privileges for their members at the expense of the rights of other law-abiding CCW holders.

Law professors at schools such as Berkeley and Stanford agreed that SB 707 wouldn't make campuses any safer. The Daily Californian wrote after the bill's signing:

Franklin Zimring, a campus law professor, said he doesn’t believe the law will have any effect on the prevalence of campus shootings in the short term or long term.

“It’s a symbolic tug-of-war between pro-control and gun-rights partisans,” Zimring said. “(The bill) was about trying to make a statement.”

Stanford law professor John Donohue said he believes that it is more important to pinpoint people who shouldn’t have guns and prevent them from purchasing them than to regulate people with CCW licenses.

“I really think the bigger problem is going to be: Can we get more of these people identified and made to be prohibitive purchasers?” Donohue said.

Despite the opinions of these professors and the objections of gun rights groups, SB 707 was signed into law. The only recourse for those whose rights had been stripped away was litigation.

Gallinger v. Becerra is currently on appeal at the Ninth Circuit. Please consider donating $25, $50, $100 or whatever you can afford today to help fund this important litigation.

Because Firearms Policy Foundation is a 501(c)3 tax exempt non-profit organization, your contributions are fully tax-deductible.