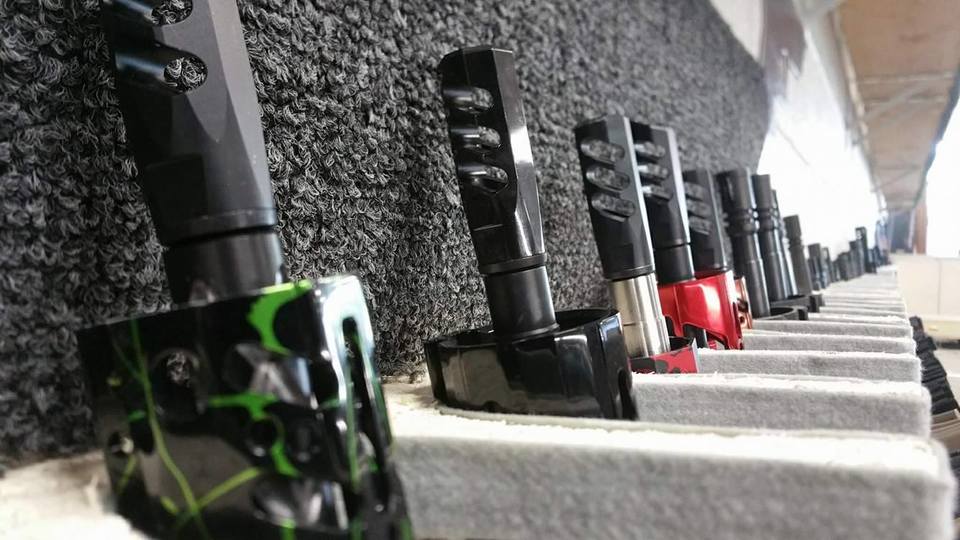 The lawsuit argues that the State’s "bullet-button assault weapon" regulations are largely unlawful, should have been subject to the Administrative Procedure Act process, waste taxpayer dollars, and should not be allowed to stand.

Named as defendants are California Attorney General Xavier Becerra, Chief of the DOJ Bureau of Firearms Stephen Lindley, the California Department of Justice itself, Director of the Office of Administrative Law (OAL) Debra Cornez, and State Controller Betty Yee.

“By making and enforcing unlawful rules, and going around the rules to do it, the DOJ is putting tens if not hundreds of thousands of law-abiding people at risk of serious criminal liability,” said Lee. “This case seeks to make the DOJ follow the same laws they impose on others and protect law-abiding gun owners in the process.”

“The DOJ is acting like an out-of-control bullet train that’s running off the rails,” said plaintiffs’ attorney and former Deputy Attorney General Raymond DiGuiseppe. “Our plaintiffs want to get the State’s agencies back on the tracks and following the law.”

CGF Chairman Gene Hoffman notes, “The DOJ has used every trick in the book to avoid good faith rulemaking action, and we cannot allow that to go unchallenged. California laws are bad enough without piling on unlawful and harmful regulations, so we seek here to restore the rule of law—and some sanity.”

“The government agencies responsible for enforcing the law must also follow the law,” SAF founder and Executive Vice President Alan M. Gottlieb said. “This case is an important step in protecting law-abiding gun owners from an out-of-control regulatory state.”

“The DOJ is playing a dangerous game with the law, and it needs to stop,” observed FPF Vice President Jonathan Jensen. “Tens of thousands of people could face potential felonies in just a handful of months, and meanwhile the DOJ has moved the goalposts with the registration clock ticking.”

“The State of California is nothing short of bipolar with its gun control policies,” commented FPC President Brandon Combs. “On one hand, the State is requiring people to register virtually all of their guns. On the other hand, the DOJ is doing everything it can to suppress compliance and prevent people from registering their guns.”

A copy of the complaint and petition for writ of mandate can be viewed or downloaded here.

“The Legislature ignored every rule in the book to fast-track their civilian disarmament agenda and herd the people into a state-wide gun-free-zone,” said FPC Spokesperson Craig DeLuz in a statement at the time.

Following that, last December, the California DOJ submitted its first attempt at “assault weapons” regulations under the OAL’s “File & Print” process, which means that the DOJ claimed the regulations were not subject to the public notice or comment requirements of the Administrative Procedure Act (APA).

However, DOJ withdrew the regulations near the end of OAL review period after receiving thousands of opposition letters from FPC members and Second Amendment supporters.

Then, in May of this year, the DOJ re-submitted regulations under the same “File & Print” process. FPC, FPF, CGF, and Craig DeLuz sued the DOJ over the Department’s actions of blocking access to public records concerning its promulgation of these regulations. The regulations were completely rejected by OAL a little more than a month later.

Following that, the DOJ submitted a virtually-identical set of regulations under the “File & Print” process, again claiming “APA-exempt” status. The OAL approved those regulations in July, allowing the DOJ to go forward with its new “assault weapon” regulatory process.

Then, just before closing doors for the Thanksgiving holiday, the DOJ notified FPC and other Institutional Plaintiffs that it had filed yet another proposed rulemaking on “bullet-button assault weapons” (that would create new 11 CCR § 5460) for the purpose of bootstrapping its prior July regulations into effect for all purposes including criminal prosecutions.

A public hearing on the new regulations is scheduled for 10 a.m. on January 8, 2018, at the Resources Building Auditorium in Sacramento.

ABOUT THE INDIVIDUAL PLAINTIFFS:

This scheme would retroactively deem their firearms “assault weapons” that either must now be registered as such through a burdensome and wasteful registration process or that cannot be registered all, effectively rendering any continued possession unlawful. The DOJ’s regulations expose them to criminal liability that would not otherwise exist under the actual laws regulating firearms in California.

The plaintiffs have joined this lawsuit to stand against the illegal regulatory actions of the DOJ and protect their rights and the rights of countless other law-abiding California gun owners being placed in jeopardy.