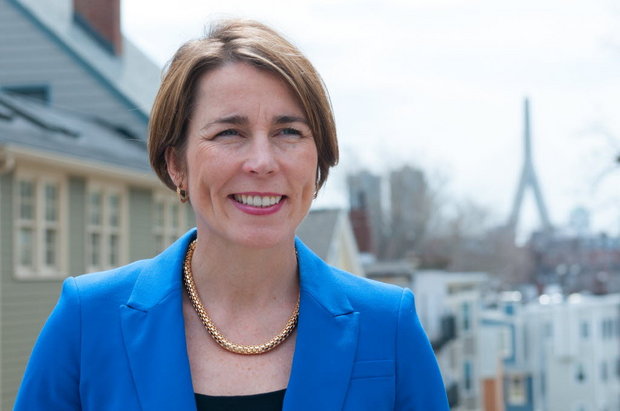 And she would know.

Though her press conference announcing an "enforcement order" was filled with Bloomberg propaganda, Massachusetts Attorney General Maura Healey insists the propaganda on the issue is coming from the Massachusetts Gun Owners League (GOAL), and accuses the group of standing in the way of solving gun violence issues.

She told a WBGH interviewer, as reported by Mass Live:

"If you ask them, well what would you do, the answer is, they come forward with nothing," she said during the radio interview. "Absolutely nothing. And they reject any effort to enforce existing laws or take steps to address gun violence prevention and gun safety in any meaningful way."

GOAL, on its website, has also said Healey's crackdown "turned hundreds of thousands of law abiding families and individuals who own guns into 'felons in waiting' overnight."

On WGBH, Healey called the statement "more propaganda" from GOAL, adding that the organization wants to "politicize" the situation.

"There's no such thing as a situation that I've created, felons in possession," Healey said. "That's something they're saying out there, they're trying to get out there, to create more opposition."

Her move, announced in July 2016, does not affect pre-existing possession of "copycat" weapons, and her office is enforcing the law as a "going-forward" issue, she said.

Healey said if someone in Massachusetts has a "copycat" assault weapon and they want to sell or transfer it, they can't do it in Massachusetts, but there are other ways. She said if people have questions her office has posted information on the attorney general's website.

GOAL disagrees. "In her enforcement notice she has basically promised not to prosecute anyone prior to that date, but she could change her mind at any point,"the group said on its website. "It also does not mean that another government official can't use it against you."