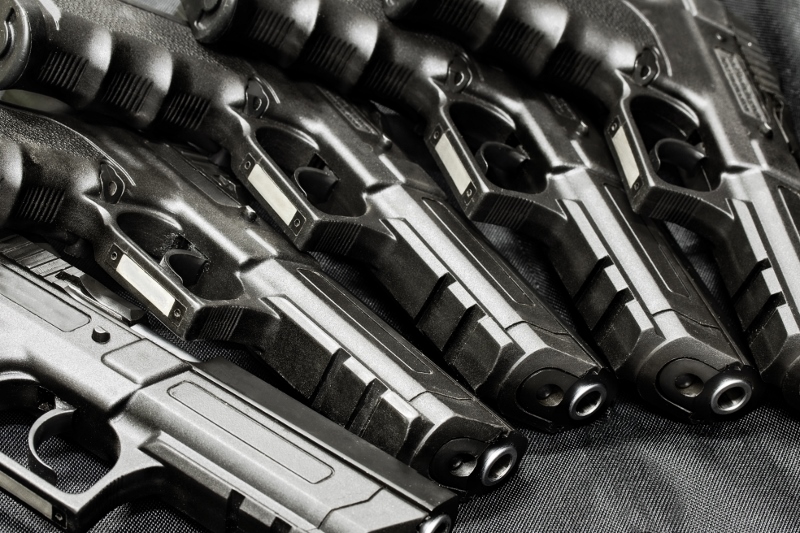 Lott: It's Already Too Late for Gun Control

John R. Lott Jr., the author of “The War on Guns” and “More Guns, Less Crime," believes it's already too late for gun control, and that an armed citizenry is necessary.

Indeed, in all four presidential debates, Hillary Clinton and running mate Tim Kaine have pushed for background checks on private transfers of guns. Clinton says this will “keep guns out of the hands of those who will do harm.” But theory and practice don’t always match. Too often, gun bans or background checks don’t stop criminals and instead disarm law-abiding citizens, particularly poor minorities. This only makes life easier for criminals.

There are already 300 million guns in circulation, and more than 12 million enter the market each year. With 3-D metal printers, more people will be able to make weapons that are indistinguishable from those purchased in stores. It would be almost impossible to remove those weapons from circulation. Getting rid of these weapons would require a door-to-door campaign by law enforcement officials, and even that would be of only limited effectiveness.

It’s also not clear that it would help. When countries like England, Wales, Ireland and Jamaica banned guns and handguns, they saw a subsequent increase in murder rates. Even these island nations, which have relatively easily monitored and defendable borders, have faced fivefold or sixfold increases in murder rates after guns were banned. Some of the biggest spikes in murder rates corresponded with increases in drug gang violence.

As I show in my book, “The War on Guns,” there is no evidence that expanded background checks reduce rates of violent crime including mass public shootings, suicide, murder of police officers or domestic violence against women. (Gun-control groups contest this claim, but they compare states with and without background checks, not states before and after background checks are imposed.)

Meanwhile, other law-abiding citizens are left in a lurch. We see that with the National Instant Criminal Background Check System. Its proponents boast that the system has stopped 2.4 million “prohibited purchases.” But in 96 percent of these cases, the ban was dropped after the first two stages of review.

People who have been mistakenly stopped from buying guns are forced into a costly appeals process that frequently requires them to hire lawyers. These “initial denials” affect certain racial groups more than others. Hispanics are more likely to share names with other Hispanics, and the same is true of blacks. Because 30 percent of black males are forbidden to buy guns because of their criminal records, law-abiding black males are especially likely to have their names confused with those of prohibited people.

And these background checks are costly. In D.C., checks on private transfers add $125 to the cost of a gun.  That fee can put guns out of reach for the most likely victims of violent crime: poor blacks living in high-crime, urban areas.

Other gun laws, like gun-free zones, can create targets for mass shooters. One need only listen to the wiretapped recording of an Islamic State supporter who was planning an attack this spring. His target was one of the biggest churches in Detroit. In the recording, Khalil Abu-Rayyan explains: “A lot of people go there. Plus people are not allowed to carry guns in church. Plus it would make the news.” Fortunately, the man’s father alerted the FBI. Mass public shooters often perpetrate violence in public places where permitted concealed handguns are banned.

Since at least 1950, every single one of Europe’s public maass shootings has occurred in a place where general citizens are banned from carrying guns. In America, there have been four exceptions to that rule.

In late 2013, the secretary general of Interpol — essentially a global version of the FBI — proposed two ways of preventing mass shootings: “One is to say we want an armed citizenry; you can see the reason for that. Another is to say the enclaves [should be] so secure that in order to get into the soft target, you’re going to have to pass through extraordinary security.”

But Noble warned, “You can’t have armed police forces everywhere.” He also suggested that it is essentially impossible to stop killers from getting weapons into these “secure” areas. He concluded by posing the question, “Is an armed citizenry more necessary now than it was in the past, with an evolving threat of terrorism?” The answer is an emphatic yes.