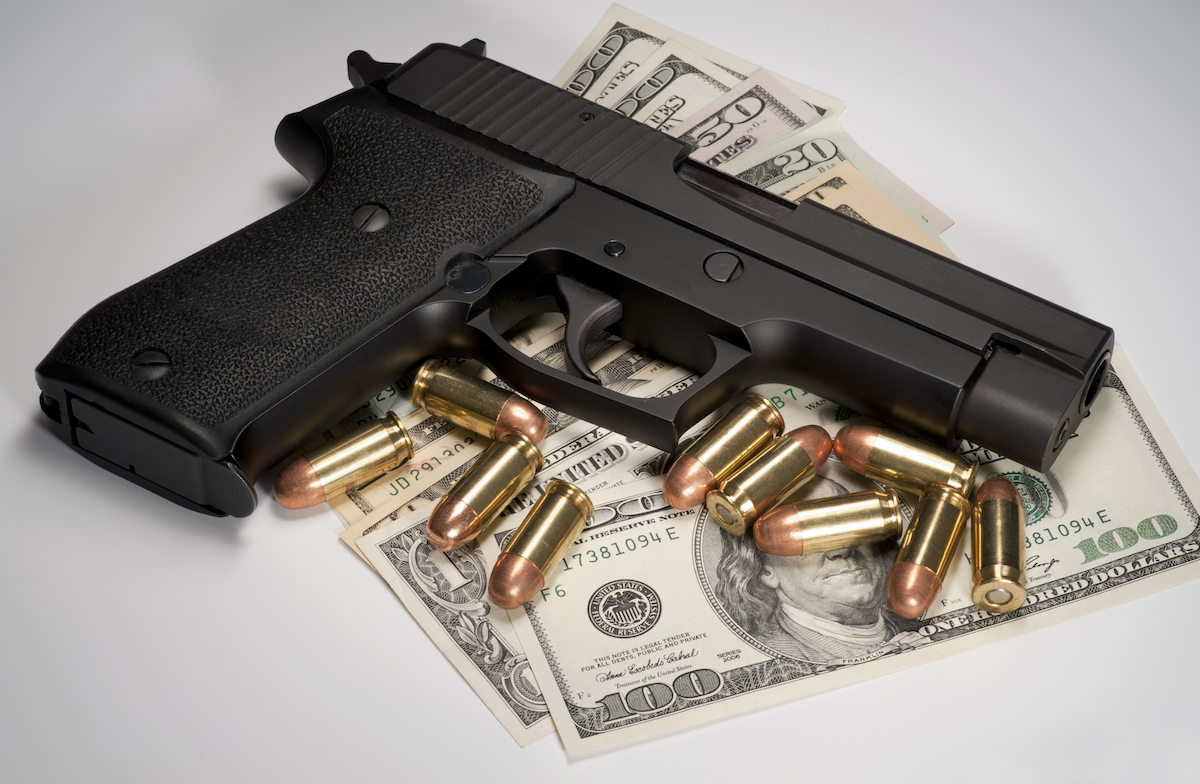 A newly-released study by the Urban Institute highlights a major effect of gun violence in inner cities: as gun violence increases, the number of businesses and jobs in an area decreases. It seems like a no-brainer. People don't want to go to areas where they're not safe, and business owners don't want the increased risk that accompanies locating in a high-crime neighborhood. Now there's a study to back up the intuition.

The study analyzes gun violence trends against economic trends in Minneapolis, Oakland and Washington, DC. While the study highlights one of the somewhat neglected side effects of gun violence (economic development), it essentially ends there, leaving pro-gun activists and anti-gun activists to define their own solutions.

The cycle of poverty in urban areas seems unbreakable, and much of this has to do with the amount of gun violence that is seen on the streets. With every shooting and with every homicide, jobs are lost and retail sales go down in the surrounding neighborhood. Conversely, when those numbers are reduced, local economies start to spring back.

The study found that in Minneapolis, “one less gun homicide in a census tract in a given year” equated to “the creation of 80 jobs and an additional $9.4 million in sales across all business establishments the next year.”

This shows hope for urban areas — that is, as long as gun control legislation doesn’t get in the way.

As we’ve seen in cities like Chicago and Detroit, gun control has only increased the amount of gun violence in inner city areas. Why? Because weapons become more expensive for law-abiding citizens, and those who do carry (whether concealed or open) are constantly villainized. It’s important to remember that a pistol on your nightstand won’t protect you when you are being mugged in the street or when your convenience store is being robbed.

Less guns in the hands — or holsters — of good people means more freedom for violent criminals and, dare I say it, “thugs” who want to cause trouble. The more trouble, the less opportunity for local economies to grow and develop.

This election cycle, the candidates for President painted two very different pictures of urban life. Donald Trump consistently painted a realistic portrait of inner city life and outlined a path forward, while Hillary Clinton all but advocated for maintaining the status quo. Throughout her career, Clinton pushed for gun control time and time again as the panacea for inner city problems, and the result has been the same: more violent crime, more poverty and more slums.

As this study shows, a change in course could be rapid for our violence-afflicted inner cities if the right course is taken, but this takes political courage from our political leaders at all levels – local, state and national. Americans cannot give in to the peer pressure that often accompanies gun control.