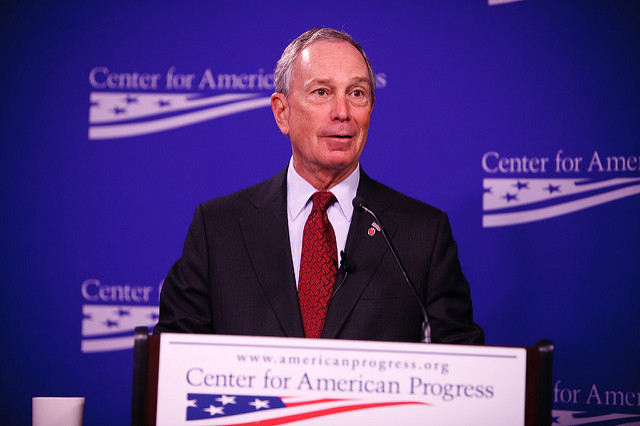 The astroturf gun control groups register under names like "Mainers for Responsible Gun Ownership" and use an "Aw-shucks, we're just trying to keep children safe and be sensible, responsible, and have common-sense policies" line to mask their true funding and agenda. In reality, they're Bloomberg-backed front groups. In total they're spending $25 million this year backing three state ballot initiatives, attempting to advance their state-by-state agenda to strip people of their Second Amendment rights.

The avalanche of money spent on supporting such initiatives ahead of the Nov. 8 vote could hand gun control organizations their biggest win since they failed to secure the passage of federal legislation after the massacre of 26 children and educators at a Newtown, Connecticut, elementary school in December 2012.

Voters in California and Washington state will also cast ballots on gun control initiatives, and opinion polls show the measures are likely to pass in all four states.

Everytown for Gun Safety, the gun control group founded by billionaire former New York City Mayor Michael Bloomberg, has been leading the charge, throwing its financial weight behind three of the four measures. The organization plans to spend $25 million nationwide on the issue, almost as much as the powerful National Rifle Association has spent on television advertising for Republican presidential candidate Donald Trump.

Victories by gun control groups in Maine and Nevada would mean that half of the U.S. population would live in states with expanded background checks, including private sales not involving a licensed dealer.

Gun control supporters say that would be a symbolic and strategically important threshold.

Opponents of the measures say the laws are poorly written, would do little to combat crime and would punish law-abiding gun owners.

Everytown described its strategy as part of an effort to copy the state-by-state tactic that helped legalize gay marriage across the United States, with Congress unwilling to pass universal background check legislation.

"One of the great advantages of going directly to the electorate is that you can go around the legislative bodies and make law," said Zach Silk, a consultant who has worked with Everytown in Nevada and previously helped oversee Washington state's 2014 successful background-check ballot initiative.

In Maine, supporters of background checks have outspent opponents by more than 5-to-1, with the Everytown-backed Mainers for Responsible Gun Ownership Fund reporting $5.3 million in contributions as of last week.