In October, two Democrat members of the Michigan House of Representatives introduced a bill which would redefine "assault weapons" and criminalize the ownership of said weapons AND of certain parts. Penalties include up to FOUR YEARS in prison. An editorial in Central Michigan Life points out that this type of legislation won't make Michiganders any safer, discourages responsible gun ownership, and alienates gun owners.

From the editorial (emphasis added):

At its core, the legislation would redefine what it means to own an assault weapon. If passed, the state would define an assault weapon as a semi-automatic pistol, or a semi-automatic or pump-action rifle that can hold a detachable magazine. It also affects guns with these features: a pistol grip on a rifle, a pistol shoulder stock, a barrel shroud, a muzzle break or a grip not held by the trigger hand.

Finally, it would ban the sale of these gun types and parts. The state could penalize gun owners with a four-year felony if they buy, modify, or give these guns to minors as a gift.

Rep. Robert Wittenberg, D-Oak Park, is one of the bill’s cosponsors. He said these new laws would keep high-powered assault weapons out of the hands of criminals and children without trampling on the Second Amendment rights of citizens.

We do not believe the bill would achieve any of its stated goals of curbing gun violence. It may discourage responsible gun ownership in Michigan.

Wittenberg’s bill does not offer any new solutions for reforming state background checks. It doesn’t prohibit the sale of ballistic gun parts that do real harm, like high-capacity magazines.

A bill like this would not have prevented Kalamazoo shooter Jason Dalton from acquiring a gun. It won’t prevent the next crazed killer from purchasing a gun of any caliber, either.

Wittenberg and co-sponsor Rep. Jim Townsend, D-Royal Oak, want to put a hunter’s modified rifle and the AR-15 into the same category. Not only is that nonsensical, it further alienates law-abiding gun owners from being part of the solution.

Any responsible gun owner would tell you that many of these modifications are used for hunting and sport shooting, not for military application – the cornerstone of any assault weapon definition.

Gun activists complain about Democrats coming for their firearms. It is often bluster and political rhetoric based in paranoia rather than fact. Wittenberg’s bill is exactly what they’re afraid of.

The graphic accompanying the editorial was too good to not include here. 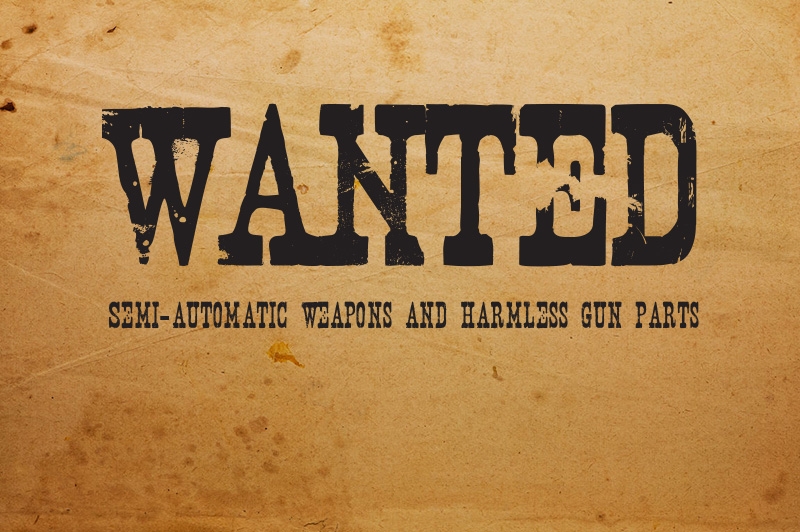