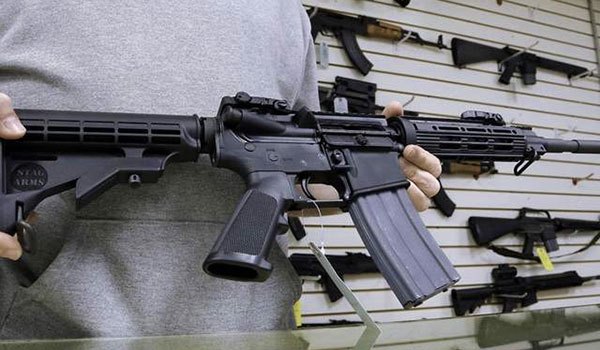 The lawsuit argues that DOJ’s “bullet-button assault weapon” registration system was defective, often “crashing” completely, and the various failures prevented many gun owners from complying with the laws—potentially turning people into felons overnight.

SACRAMENTO, CA (July 11, 2018) — Today, attorneys for three gun owners and four civil rights organizations filed a new lawsuit and petition for writ of mandate that claims California Attorney General Xavier Becerra and his Department of Justice (DOJ) violated their civil rights protected under the state and federal constitutions. A copy of the complaint can be viewed or downloaded at https://www.firearmspolicy.org/sharp.

“Many people, including our clients, did everything they could to comply with the law and avoid criminal liability,” commented Lee. “They used updated web browsers, hardware, different devices, and even did internet speed tests to make sure it wasn’t a problem on their end. The DOJ’s crashed system is a reflection of their cascading failures to build a system and allow people to register their guns before July 1 if that’s what they wanted to do."

The complaint says the plaintiffs “seek an un-extraordinary result, compelled by the basic tenets of due process: That they simply be allowed to register their eligible firearms and comply with the law, and that the Attorney General, the DOJ, and their officers and agents similarly comply with the law by allowing such registrations and ensuring they are properly and timely processed through a functioning online database as they have been required by statute to do.”

Under California’s voluminous gun control laws, someone merely transporting an unregistered “assault weapon” to the shooting range – even if one believes it was legal and registered under other DOJ systems, like DROS – “is guilty of a felony” and possibly subject to a prison sentence of “four, six, or eight years.” Other crimes can be added on to that, including common separate charges like possession and manufacturing.

“Attorney General Xavier Becerra seems to care about everything but the constitution, the rule of law, and law-abiding California gun owners,” said FPC President Brandon Combs. “If Becerra spent as much time doing his job as he does talking about his pet crusades against the federal government, hundreds of thousands of Californians would not be in legal jeopardy right now.”

“We’re suing because California DOJ’s Firearms Application Reporting System (CFARS) broke down during the deadline week for people to register their firearms in accordance with new state laws,” said SAF founder and Executive Vice President Alan M. Gottlieb. “For a whole week the system was largely inaccessible, so people who wanted to comply with the law simply couldn’t and now they face becoming criminals because they couldn’t do what the law requires.”

“Predictably the state of California wants to take guns away from the law abiding. In this instance they couldn’t even build a working system to respect gun owners’ rights,” explained CGF Chairman Gene Hoffman. “We simply want to allow those who want to comply with the law to have more time with a working registration system.”

“It’s like a bad version of ‘Catch-22’,” Gottlieb observed. “The government required registration by the deadline, but the online registration failed and people couldn’t register. They’re required to obey the law, but the system broke down, making it impossible to obey the law. Now these people face the possibility of being prosecuted. We simply cannot abide that kind of incompetence.”

“Once again, the DOJ and Attorney General Becerra unlawfully and unconstitutionally moved the goal posts on peaceful, law-abiding gun owners,” observed FPF Vice President Jonathan Jensen. “Their failures should not result in people going to prison and losing their property.”

Combs noted that the case is not an endorsement of firearm registration, which carries its own risks, as many news reports have shown.

“Gun owners had a right to decide how they would approach these serious legal issues,” explained Combs. “Attorney General Becerra and his DOJ denied gun owners the opportunity to exercise their rights and make an informed choice, forcing them into the sights of fascist, hyper-aggressive special agents who kick in doors and put gun owners in jail. That’s completely unacceptable and totally deplorable.”

Californians who tried to register their firearms as “assault weapons” before July 1 but were unable to should contact the Legal Action Hotline immediately at https://www.firearmspolicy.org/hotline or by telephone at 855-252-4510.

DONATE TO SUPPORT THIS IMPORTANT CASE